Law, policy and practice on statelessness in the UK is mixed. Positively, a statelessness determination procedure (SDP) was introduced in 2013, and the UK is party to most relevant human rights treaties. The UK also has safeguards in place to prevent childhood statelessness in most cases. But there are significant gaps in terms of prevention more broadly. The UK is not party to the European Convention on Nationality, it does not consider statelessness as a protection issue, there is no time limit on immigration detention, and the definition of a stateless person in the UK Immigration Rules contains exclusion criteria that go beyond the 1954 Convention.

The UK SDP allows some people to have their statelessness recognised and acquire residence and socio-economic rights with a route to naturalisation. However, as well as the exclusion clauses, there are procedural obstacles, including a lack of legal aid in some jurisdictions, limited appeal rights, and a high standard of proof. Applicants have few rights and in practice may be detained while awaiting a decision, although this may be unlawful in some cases. Statelessness is not always considered a juridically relevant fact in decisions to detain, and the lack of sufficient procedural safeguards, including no time limit on immigration detention, leads to repeated and/or lengthy detention in some cases. Safeguards are in place in British nationality law to prevent statelessness in the case of most children born in the UK or to British nationals abroad, but prohibitively high fees for registration and naturalisation (with no possibility of exemption or reduction) are a major barrier for stateless people to acquire British nationality. The UK Government also has far reaching powers to deprive British nationals of their nationality, in some cases even if this results in statelessness.

The UK is state party to most relevant international treaties, including the 1954 and 1961 statelessness conventions. However, it is not party to key regional instruments, such as the European Convention on Nationality, nor is it bound by the EU Returns Directive. Most provisions in the 1954 and 1961 conventions are enacted in domestic law (treaties do not have direct effect in the UK legal system), but the definition of a stateless person in the UK’s Immigration Rules contains exclusion criteria that go beyond the 1954 Convention, and some reservations to international instruments impact directly on statelessness.

The UK Government collects (and in some cases publishes) some data on the stateless population, including those it recognises as stateless under the statelessness determination procedure (SDP), stateless people with other types of residence permit, who were born in the UK, or who are held in immigration detention. However, the data is not analysed or presented in such a way as to enable an accurate understanding of the stateless population in the UK, and there are potentially overlapping statistical categories, such as 'unknown nationality', 'Palestinian Occupied Territories’, and ‘Western Sahara’. Censuses in the UK do not count stateless people. A mapping study carried out by UNHCR and a national NGO in 2011 noted limitations in stateless population data at the time. Measures are in place to count recognised stateless people detained in immigration removal centres, but there are instances of people who are stateless or at risk of statelessness in detention who are not counted in the statistics.

The UK introduced a dedicated SDP in the Immigration Rules in 2013. A centralised Statelessness Team within the UK Government Visas and Immigration (Home Office) is responsible for examining all claims. There is some good practice relating to accessibility, procedural protections, and the rights granted to recognised stateless people; but there are significant shortcomings both in the Rules and how they are implemented. The procedure prioritises consideration of eligibility for a residence permit over the determination of statelessness and given the exclusion criteria in the UK definition of a stateless person, this results in a protection gap. Legal aid is not generally available for the procedure in England and Wales, there is no automatic right to appeal, and there is evidence of poor decision-making. Those who are recognised and receive a residence permit as a stateless person, face further barriers to naturalisation, including prohibitively high fees.

There are few positive aspects to law, policy, and practice on immigration detention in the UK. Powers to detain are provided for in law and policy guidance, which states that detention should be a last resort, and detainees have recourse to legal aid and judicial review of their detention. However, there is no time limit on immigration detention and prolonged periods of detention have been found to be lawful in some cases (though unlawful in others). Many people enter detention who are later released, and in many cases re-detained; case reviews are often cursory, alternatives are not adequately considered prior to detention, and few protections are provided on release. Statelessness is not identified as giving rise to vulnerability and is not adequately considered as a juridically relevant fact in decisions to detain.

There are safeguards in UK nationality law to prevent statelessness in most cases, but some gaps and practical barriers persist. Children born and remaining stateless in the UK can register as British nationals after five years of living in the UK, before the age of 22, but there is a prohibitively high fee for registration. There are partial safeguards in law for children born abroad to British nationals, children adopted by British nationals in certain circumstances, and for foundlings. There is no statutory age limit for the acquisition of nationality by foundlings, but policy guidance is not clear about whether a foundling's nationality could later be lost should circumstances change or new facts come to light. All births must be registered in the UK irrespective of parents’ status, but health services are required to report unpaid healthcare charges to the authorities, which may deter undocumented migrants from accessing services. The UK Government has far reaching powers to deprive British nationals of their nationality, in some cases even if this results in statelessness. 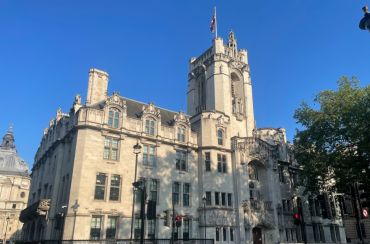 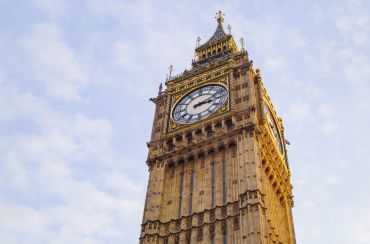 UK Nationality and Borders Bill passes through the Lords

The UK Government's new Nationality and Borders Bill of which several clauses negatively impacting statelessness and the right the nationality...
13 Dec 2021 / International and Regional Instruments / Prevention and reduction / United Kingdom