Spain’s record on accession to relevant international instruments is relatively good, having recently acceded to the 1961 Convention. However, it is not party to key regional instruments, including the European Convention on Nationality. Some data on the stateless population in the country is available, but there are gaps and inconsistencies, and data on stateless people held in immigration detention is not published. Spain’s statelessness determination procedure presents some elements of good practice, but there are also gaps. Access is facilitated to some extent, but it is not possible to apply from detention, the application must be made in writing in Spanish via a technical form. Legal aid is limited, there is no right to an interview and some protection may be granted during the procedure, but there are delays in access to social assistance. If granted, stateless status entails indefinite residence, a work permit, and most Convention rights, but naturalisation is not facilitated.

Stateless people may be at risk of arbitrary immigration detention in Spain, as there is no requirement that a country of removal is identified prior to detention, statelessness is not routinely identified in detention decisions, many more people are detained for removal than are actually removed, and there are barriers in practice to access to legal aid, interpreters and effective remedies. However, in many ways, Spain is an example of good practice when it comes to the prevention of statelessness. Children born in Spain who would otherwise be stateless acquire nationality automatically at birth, and refugee children born in Spain may naturalise after one year’s residence. Safeguards are in place to ensure foundlings acquire Spanish nationality, and that adoption does not present a risk of statelessness. Birth registration is assured regardless of parents’ status and legal deadlines, and appropriate procedures are in place regarding the child’s nationality. Provisions on deprivation of nationality are in line with the 1961 Convention, but there is no safeguard against statelessness in case of deprivation of Spanish nationality of naturalised nationals.

There are several sources of data on the stateless population in Spain, including the census, which allows people to self-report nationality and includes a ‘stateless’ category. Other sources include Ministry of Interior data on applications for Stateless Status, data on migration and asylum, and Eurostat. However, figures for the total stateless population differ between different institutions, potentially overlapping categories are used in the census, and no detailed information is available on the origins of the stateless population in Spain. The Ministry of Interior records how many people identified as stateless it detains in immigration detention centres, but these figures are not published.

The definition of a stateless person and exclusion provisions in Spanish law align with the 1954 Convention, and a dedicated statelessness determination procedure is established by Royal Decree although detailed procedural rules are not set out in law. Applications can be lodged centrally or locally, there is no fee nor lawful stay requirement (a requirement that the application be lodged within a month is not implemented in practice), the burden of proof is shared, interpreting is available, and decisions are given in writing. However, applications must be made in writing in Spanish using a specific form, and neither an interview nor free legal aid are guaranteed. Protection during the procedure may be accessed and there is a right to appeal but delays can be lengthy. A grant of stateless status automatically leads to indefinite residence, the right to a travel document, family reunification, work, education, social security, and healthcare. However, there is no facilitated route to naturalisation for stateless people, who must wait for ten years and meet all other standard eligibility criteria in law before qualifying to apply for Spanish nationality.

Immigration detention powers are provided for in law, but, although the number of detentions decreased in 2020 as detention centres were emptied during the COVID-19 pandemic, practice suggests an excessive use of detention as less than half of people detained for removal are removed. There is no specific provision to identify a country of removal prior to detention and people are often detained without identifying their protection needs, including statelessness. It is not possible to apply for stateless status from detention, although cases of stateless people in detention have been reported. The law provides for alternatives to detention, but these are rarely implemented in practice. Some procedural safeguards are in place but there is no regular periodic review by an independent authority, and barriers have been reported to accessing legal aid and appeals. People are generally released from detention with only an expulsion order (unless they have claimed asylum) and very basic rights.

Spain has strong safeguards in its nationality law to prevent statelessness, granting nationality automatically at birth to children born on the territory who would otherwise be stateless and to Spanish parents abroad, with no discriminatory conditions. Additionally, children born in Spain to refugees can naturalise after one year of residence. Foundlings may acquire Spanish nationality by origin until they are 18 and safeguards are in place to prevent statelessness in adoption cases. All births are registered, and birth certificates are issued regardless of parents’ status or the legal deadline for registration. Nationality is only recorded at birth if the child is Spanish. In the case of a child born stateless, a procedure is in place to record the child’s Spanish nationality as a rebuttable presumption. There is a safeguard to prevent statelessness in all cases of deprivation of nationality by origin, but not in all cases where nationality was acquired by naturalisation, although there are procedural safeguards in place. There are no provisions for deprivation of nationality on national security grounds. 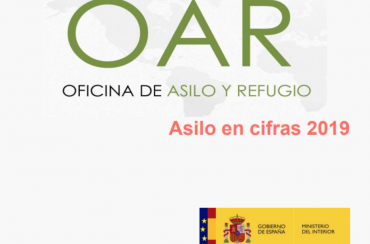 Updated and disaggregated data published on stateless persons in Spain

For the first time, the Office of Asylum and Refuge in Spain has published disaggregated data on statelessness.
3 Sep 2020 / Spain / Statelessness population data