Malta acceded to the 1954 Convention in 2019, but still provides very limited protection for stateless people, and is not party to the 1961 Convention. Malta has no mechanism to identify and determine statelessness, and no stateless protection status, although it has other routes through which some stateless people may regularise their stay, including temporary humanitarian protection. Since 2020, Malta is no longer accepting new applications for a route to regularisation it had introduced in 2018 for people refused asylum and unable to leave the country or be returned. Data on the stateless population is therefore limited, with figures available only for the very small number of stateless people who acquire Maltese nationality, and refused asylum seekers recorded as ‘nationality unknown’ who cannot be returned and may or may not be stateless. Maltese law provides some protections against arbitrary detention, but rights afforded to those detained for removal purposes are very limited and there have been recent reports of people detained on arrival on public health grounds or without legal basis, without sufficient safeguards.

There are some safeguards in Maltese law to prevent statelessness, but implementation is problematic and there are some key gaps. The law prevents statelessness in cases of adopted children and new-born foundlings whose parents remain unidentified. There is a provision granting children born stateless on the territory a conditional right to acquire nationality following five years’ legal residence, but, although in line with the 1961 Convention, the provision does not prevent statelessness in all cases and is not currently implemented in practice. Discriminatory provisions in both law and practice relating to conferral of nationality by descent remain in force despite a European Court of Human Rights judgement ruling against Malta on this matter in 2011. Malta has only partial safeguards to prevent statelessness as a consequence of provisions for deprivation of nationality.

There is very limited disaggregated population data on statelessness in Malta. There is no ‘stateless’ category in the census, although the question of whether someone has Maltese or ‘any foreign citizenship’ was asked in the last census in 2011. The Annual Demographic Review has a ‘stateless’ category in its data on acquisition of Maltese nationality and the International Protection Agency reports on those with ‘unknown nationality’ among asylum seekers. The Government does not publish data on stateless people in detention and statelessness is not systematically recorded across government agencies. A 2014 UNHCR mapping study provides detailed commentary on the legislative framework relating to statelessness in Malta.

The definition of a stateless person in the Maltese Citizenship Act is not in line with the 1954 Convention definition, although the Convention definition is referenced elsewhere in Maltese law. Since Malta acceded to the 1954 Convention in 2019, the Government has made some progress towards the introduction of an SDP. However, currently, there is no mechanism to identify or determine statelessness in Malta nor any dedicated protection status for stateless people. The International Protection Agency may grant a form of temporary humanitarian protection, usually where someone has been refused asylum but cannot be removed and there are exceptional humanitarian reasons. A person granted this form of protection can access a renewable residence permit for one year, healthcare, and the labour market. A regularisation route was introduced between 2018 and 2020 for refused asylum seekers who entered Malta before 2016 and who were unable to be returned, could show at least five years’ residence, and efforts to integrate. This provided a two-year residence permit with access to a range of socio-economic rights, but it has now been discontinued and new applications are not permissible. Although these alternative routes to regularisation may provide some form of protection for some stateless people, no rights are granted to stateless people in Malta purely based on their statelessness.

In Malta, stateless people may be detained under different legal regimes, each with its own criteria, rights and guarantees. Since mid-2018, in practice, many asylum-seekers arriving by sea are detained under the Prevention of Disease Ordinance with little consideration of individual circumstances (including statelessness) and few procedural safeguards. In 2020, it was reported that hundreds of asylum-seekers were placed in detention centres without any legal basis, no information about the grounds for detention and limited judicial review. There are some protections against the arbitrary detention of stateless people for removal, such as the requirement that someone is released if removal is impossible. However, a country of removal does not need to be identified prior to detention, and statelessness is not considered juridically relevant. There are limited procedural safeguards especially for those detained under the Health Ordinance or denied entry to the territory. If detained for removal or as an asylum seeker, there is access to legal aid to challenge detention. Asylum seekers released from detention are issued with documentation and rights under EU law, but people detained for removal are issued with an administrative record and tolerated stay, which permits access to the labour market and healthcare only if they can show social security contributions from the preceding three months.

There are some safeguards in Maltese law to prevent statelessness, but implementation is problematic and there are some gaps. There is a provision for children born stateless in Malta to acquire nationality after five years’ residence, but it is little-known and there are no reports of it ever having been used. There is a safeguard to prevent statelessness in adoption cases. Foundlings are deemed to be Maltese from birth, but the wording of the provision leaves open the possibility of statelessness arising later in life or if parents are identified. The differential treatment of children born to unmarried Maltese parents abroad was ruled to be discriminatory by the European Court of Human Rights in 2011, but this provision remains in force in Maltese law. Birth registration is not problematic in law, but there are reports of barriers to undocumented parents registering births in practice. There is only a partial safeguard to prevent statelessness arising as a consequence of provisions on deprivation of nationality. 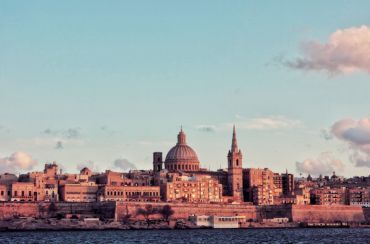 New briefing published calling for introduction of an SDP in Malta

ENS member and Index partner, aditus foundation, has published a new briefing note on statelessness aimed at urging Malta to follow through on its...
7 Dec 2021 / Malta / Statelessness determination and status