A new population census was carried out in the Czech Republic in 2021. The census included a nationality category ‘not identified’ (29,137 people) but no longer included the category ‘no citizenship’, which had been in the last census. The Czech Statistical Office and Ministry of the Interior publish disaggregated data under the combined nationality categories 'stateless', 'not identified', and 'other' annually. At the end of 2020, it reported 719 people in this combined category (which excludes people granted asylum).

Until 2021, determination of statelessness was addressed in the Asylum Act. Between 2019 and 2021, jurisprudence conferred by analogy the same rights that asylum-seekers had to applicants for statelessness determination. On 2 August 2021, an amendment to the Act on Residence of Foreign Nationals entered into force, moving the possibility to determine statelessness to the Immigration Act, making it more difficult for stateless people to have their status recognised. The new procedure is very unclear. There are no provisions to regulate the status of stateless applicants, nor procedural safeguards, and the right to remain on the territory is not guaranteed. A judgment of the Prague Administrative Court from January 2022 reiterated the need to preserve the analogy with the asylum procedure, regardless of whether the statelessness procedure is formally regulated under the Asylum Act or the Immigration Act.

The new Immigration Act provides that a person recognised as stateless will be granted a tolerated stay visa for one year. The visa is renewable after one year for a long-term stay for the purpose of tolerated stay on the territory (two years renewable). After five years in total, the person can apply for permanent residence.

New resources on the Czech Republic now available include:

The legal and policy framework in the Czech Republic has some positive aspects and some significant gaps. The Czech Republic is party to most relevant international and regional instruments, including three of the four core statelessness conventions (although with some important reservations to the 1954 Convention). Some data on the stateless population in the country is available, but it is limited to those legally residing in the country.

The Czech Republic does not have a dedicated statelessness determination procedure. Since 2019 the Ministry of Interior has issued decisions confirming statelessness under the 1954 Convention and until 2021, jurisprudence conferred by analogy the same rights that asylum-seekers had to applicants for statelessness determination. However, in August 2021, a legal amendment moved the possibility to determine statelessness to the Immigration Act, making it more difficult for stateless people to have their status recognised. There are no provisions to regulate the status of stateless applicants, nor procedural safeguards, and the right to remain on the territory is not guaranteed. A recognised stateless person will be granted a renewable ‘tolerated stay’ visa for one year. There are also gaps in the legal framework to protect stateless people from arbitrary immigration detention, as a country of removal does not need to be established prior to detention, statelessness is not routinely identified in detention decision-making, and, although there are some procedural safeguards, there is no periodic review of detention unless requested by the person detained.

A partial safeguard is in place to prevent children being born stateless in the Czech Republic, but this depends on the actions or status of parents. Provisions protect the right to nationality for foundlings, children born to refugees, and adopted children. Births must be registered, and birth certificates issued to all children. Documentation requirements can be waived in certain circumstances and there are mechanisms in place to determine the child’s nationality. Positively, there are no legal powers for the authorities to deprive someone of Czech nationality, no provisions for automatic loss, and safeguards are in place to prevent statelessness in cases of voluntary renunciation.

The Czech Republic generally has a good record on accession to relevant human rights instruments, including both the 1954 and 1961 statelessness conventions, and the European Convention on Nationality. However, it retains significant reservations to the 1954 Convention, which impact on the rights of stateless people on the territory, and it has not acceded to the Council of Europe Convention on the Avoidance of Statelessness in Relation to State Succession.

The Czech Republic publishes asylum and immigration data, which contains some disaggregated information on stateless migrants and refugees. The Ministry of Interior also reports monthly on the number of stateless people holding residence permits. However, there are potentially overlapping categories such as ‘citizenship unknown or unidentified’ and ‘Palestinians’, and the data only counts stateless people legally residing in the country, so the figures are likely to be an underestimate of the stateless population. A UNHCR mapping study of statelessness in the Czech Republic was published in December 2020.

There is no definition of a stateless person in Czech law but since the 1954 Convention has direct effect, the Convention definition is applied. The Czech Republic does not have a dedicated statelessness determination procedure, but the Ministry of Interior in 2019 began to determine and issue certificates to confirm statelessness under the Convention. However, there is no clear procedure set in law, no guidance for decision-makers, and only limited rights are granted as a consequence of statelessness determination. Legal aid is not guaranteed, and other procedural safeguards are limited. In order to secure any rights, people recognised as stateless are advised to initiate a removal procedure and seek a tolerated stay permit on grounds that removal is impossible, which provides a route to residence and some rights at the discretion of the Government. The Ministry of Interior may facilitate naturalisation for stateless people with permanent residence, but this is discretionary.

There are gaps in the legal framework to protect stateless people from arbitrary detention in the Czech Republic. A proposed country of removal does not need to be identified prior to detaining someone, statelessness is not assessed during the decision to detain nor considered relevant in vulnerability assessments, and, although there is a requirement to consider alternatives to detention, there is no need to exhaust all alternatives prior to detention. There are some procedural safeguards (time limit, written decisions, free legal aid), but there are no automatic periodic reviews of detention, and no identification documents or legal status are issued to people on release from detention. Statelessness is considered in most bilateral return or readmission agreements entered into by the Czech Republic, most of which explicitly permit the readmission of stateless people.

The Czech Republic performs relatively well on the prevention and reduction of statelessness, but there is an important gap for children born stateless in the Czech Republic, as the child’s ability to acquire Czech nationality depends on the actions or status of the parents. There is a specific provision to protect the right to a nationality of children born to refugees, foundlings, and to prevent statelessness in the adoption process. The law also provides that all births must be registered within three days and birth certificates issued to all children within 30 days. Documentation requirements may be waived in certain circumstances (for refugees and asylum-seekers) and a solemn declaration provided instead. The child's nationality is not recorded on the birth certificate and a procedure is in place for determining nationality later. There are no legal powers for the authorities to deprive someone of Czech nationality, no provisions for automatic loss, and safeguards are in place to prevent statelessness in cases of voluntary renunciation. 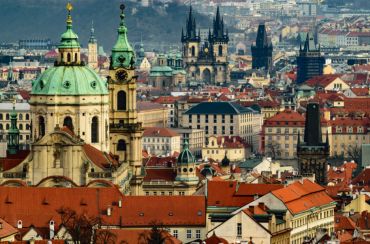 The Czech ‘Act on Stay of Foreigners’ has recently been amended, changing how statelessness is recognised in the Czech Republic. The amendments,...
13 Sep 2021 / Czech Republic / Statelessness determination and status