Belgium has been considering several reforms in the areas of migration and statelessness in 2021. Civil society organisations were invited to submit proposals during the process to draft a new Migration Code and several recommended introducing a right of residence for people recognised as stateless in Belgium. In December 2021, at the High Level Officials Meeting under the Global Refugee Forum process, the Belgian Government pledged to introduce a ‘legal process to provide stateless persons who cannot return to their home country a right of residence in Belgium’. We understand that this procedure is currently being drafted.

Belgium has a relatively good record on accession to relevant human rights instruments, but it entered declarations to the 1961 Convention, which limit the scope of some provisions to prevent statelessness, and it has not acceded the relevant Council of Europe Conventions. Some data on the stateless population is available and improvements have been made, but there are some remaining gaps. Statelessness may be determined through a judicial procedure, but this lacks procedural rules and safeguards, there are issues with the burden and standard of proof, and recognition of statelessness by the courts does not currently lead to a residence permit nor additional rights, though negotiations are underway to introduce a right of residence for some stateless people in Belgium. There are also gaps in safeguards to prevent the arbitrary detention of stateless people and people released from detention are not provided with identification documents or rights.

There are some safeguards to prevent and reduce statelessness established in Belgian law, including a provision to automatically grant nationality to otherwise stateless children born on the territory, but there are issues with how this operates in practice. The foundlings provision applies only to newborn children and there may be a risk of statelessness in adoption proceedings due to rules on loss and acquisition of Belgian nationality. Although all births should be registered in Belgium irrespective of parents’ status, public servants must report undocumented people to the immigration authorities, which could be a barrier in practice. Parents must also be legally residing to subsequently register a child in the National Registry, a precondition for access to many rights, including full access to education and healthcare. On loss and deprivation of nationality, there are safeguards to prevent statelessness in most cases, except where nationality is acquired through fraud.

Belgium is state party to both the 1954 and 1961 statelessness conventions, although it entered declarations relating to foundlings and withdrawal of nationality at the time of acceding to the 1961 Convention. Belgium has not acceded to the relevant Council of Europe Conventions, the European Convention on Nationality and the Convention on the Avoidance of Statelessness in Relation to State Succession. However, it is party to most other relevant human rights instruments except for the International Convention on Migrant Workers.

Some data on the stateless population in Belgium is available, and UNHCR published a mapping study of statelessness in the country in 2012. The Belgian National Registry records people who have been recognised as stateless and issued long-term residence permits in the country, but it also contains categories that may overlap with ‘stateless’ and does not count people awaiting determination of their statelessness, recognised as stateless but not granted a residence permit, stateless people holding a short-term residence permit, nor people recognised as stateless  in the asylum procedure. Asylum seekers are registered separately outside the National Registry and figures for the number of ‘stateless’ asylum seekers per month are reported to Eurostat. The Belgian Immigration Office collects some data on the nationality of people held in immigration detention, but these figures are not routinely published.

Belgian law does not set out a definition of a stateless person, but since the 1954 Convention has direct effect, the Convention definition applies. There is a judicial procedure through which statelessness can be determined by the family courts in Belgium, but there are no specific procedural safeguards nor rules in place, and a person recognised as stateless does not derive any additional rights from this. Access to the procedure is not facilitated, the burden of proof lies with the applicant, the standard of proof is unclear and there is no clear guidance for decision-makers. There are some procedural safeguards but very limited protection during the procedure, so applicants may be at risk of detention and expulsion. Recognition as stateless does not automatically lead to residence, although a permit may be granted if other conditions can be met. Without a residence permit, only urgent healthcare and access to education for minors are guaranteed. Limited access to housing in asylum reception facilities is available in specific circumstances and access to a minimum allowance is possible on request. Some facilitation of naturalisation is established by law for stateless people with an unlimited residence permit, but this is rarely applied in practice.

There are gaps in protections to prevent the arbitrary detention of stateless people in Belgium. There is no mechanism to identify statelessness in decisions to detain, and people seeking international protection are routinely detained at the border including on grounds of statelessness. A proposed country of removal should be identified prior to detention and detention should only be a measure of last resort, but current practice suggests otherwise. Some procedural safeguards are in place, including a time limit and free legal aid, but there is no automatic periodic review of any detention for less than five months. People released from detention are not provided with identification documents and therefore have very few rights. The new Belgian Government pledged in 2020 to make alternatives to detention more effective, limit the duration of detention and improve detention and return procedures.

There are some safeguards to prevent and reduce statelessness in Belgium, but there are also some gaps. A stateless child born on the territory is Belgian by law, but further action is required in practice to prove eligibility and the burden of proof lies with the applicant. Foundlings automatically acquire Belgian nationality, but the Government has declared the provision applies only to new-borns. There may also be a risk of statelessness in the adoption process due to rules on loss and acquisition of Belgian nationality. For a child born to Belgian parents abroad to acquire Belgian nationality automatically, at least one parent must also have been born in Belgium, otherwise the parents must take further action before the child turns five. All births must be registered in Belgium regardless of the parents’ status, but civil registrars must report undocumented people to the immigration authorities, and subsequent registration in the National Registry (a precondition for access to other rights) is only possible if at least one parent (or the child) has legal residence. There are safeguards to prevent statelessness in all provisions of Belgian law related to loss and deprivation of nationality except in the case of fraud. 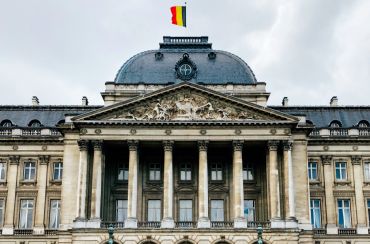 A High-Level Officials Meeting was held in December 2021, to assess progress in the implementation of the Global Compact on Refugees.
31 Mar 2022 / Belgium / Statelessness determination and status